Letters to and from, or regarding Nikola Tesla 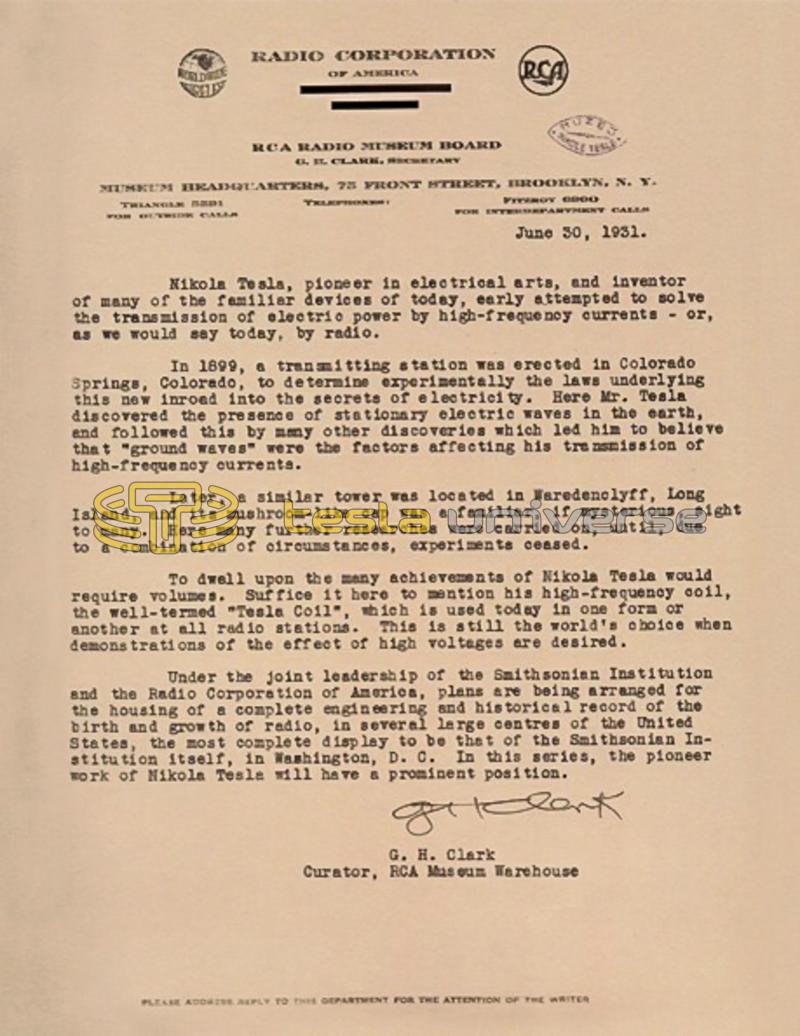 Nikola Tesla, pioneer in electrical arts, and inventor of many of the familiar devices of today, early attempted to solve the transmission of electric power by high-frequency currents - or, as we would say today, by radio.

In 1899, a transmitting station was erected in Colorado Springs, Colorado, to determine experimentally the laws underlying this new inroad into the secrets of electricity. Here Mr. Tesla discovered the presence of stationary electric waves in the earth, and followed this by many other discoveries which led him to believe that "ground waves" were the factors affecting his transmission of high-frequency currents.

Later, a similar tower was located in Wardenclyffe, Long Island, and its mushroom-like cap was a familiar, if mysterious, sight to many. Here many further researches were carried on, until, due to a combination of circumstances, experiments ceased.

To dwell upon the many achievements of Nikola Tesla would require volumes. Suffice it here to mention his high-frequency coil, the well-termed "Tesla Coil", which is used today in one form or another at all radio stations. This is still the world's choice when demonstrations of the effect of high voltages are desired.

Under the joint leadership of the Smithsonian Institution and the Radio Corporation of America, plans are being arranged for the housing of a complete engineering and historical record of the birth and growth of radio, in several large centers of the United States, the most complete display to be that of the Smithsonian Institution itself, in Washington, D. C. In this series, the pioneer work of Nikola Tesla will have a prominent position.