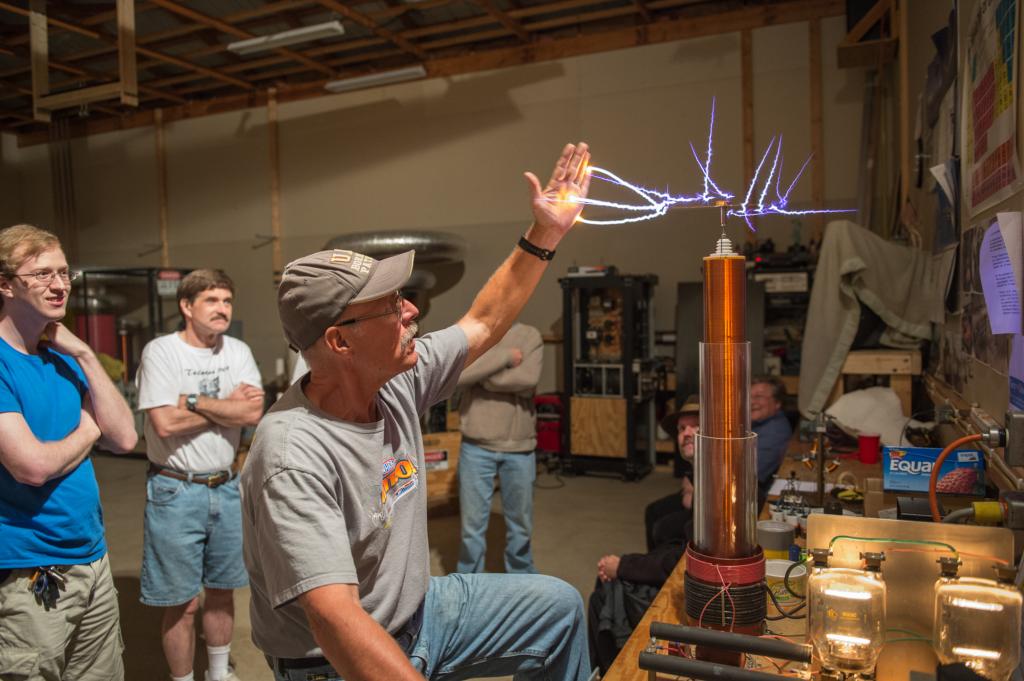 I recently attended the R.A.T.C.B. Teslathon in Rochester, New York. This was the 21st year that Ed has hosted the event, and my fifth year in attendance. Every year that I've been there has been a great time, and this year was no exception. There were several exciting demos throughout the day, and plenty of interesting conversations. Bill Kolb demoed his “Vacuum Cannon” with propane booster. He shot a ping pong ball from the canon at Mach 2 and blew a hole through a ping pong paddle. Christopher Dickey ran his large DRSSTC which put out arcs up to nine feet long. The designers behind the oneTesla kit were in attendance and demoed their system. The demo went quite well until it was ended by a bug flying onto the secondary and causing a flash-over.

John and I took several photos of the event which you can find in the gallery listed below.