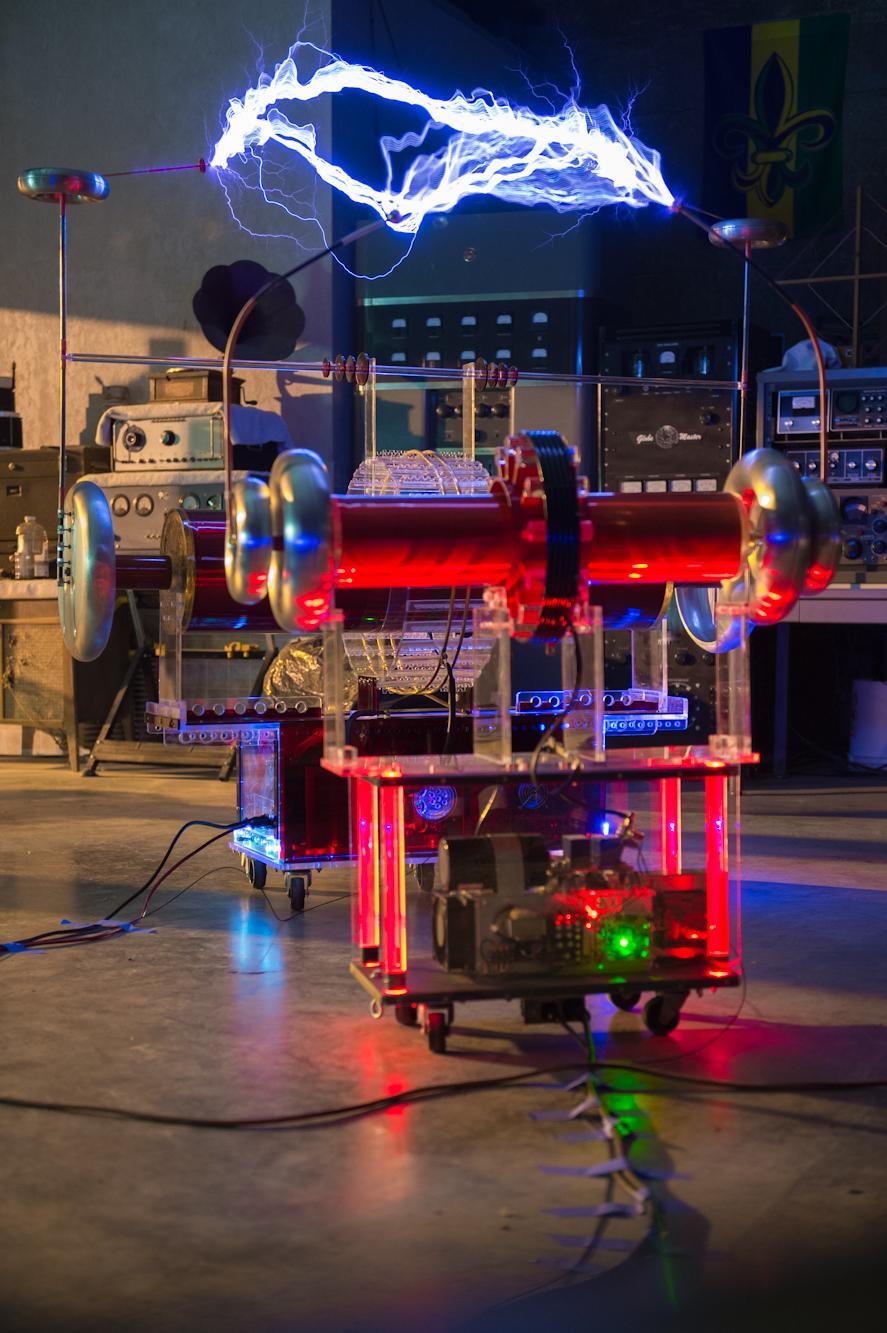 I recently attended the W.W.T. 2014 in Black Canyon City, AZ. As always, Chris and Henry put on a fantastic event for all those who attended. This year, there was a struggle to run coils outdoors due to lots of rain, but despite this, spirits were kept high! Henry, in the usual fashion, had his Tesla Band, with his own bipolar coil and two of Dr. Spark's bipolar coils, which worked flawlessly. Among other coils, there were some old fashioned SGTC's and SSTC's, and many other high voltage devices. Despite the weather, there was plenty of room in Henry's Shop for coils, and attendies came from around the world to visit the event.

Many thanks go out to Henry (Dr. Hankenstein) and Chris (Dr. Spark) for putting on yet another excellent Teslathon and I hope to be back next year! I took some photos of the event which can be viewed in W.W.T. 2014 gallery.

You can also see videos from the event at Dr. Spark's YouTube Channel.