For thirty-seven years Nikola Tesla has been outdreaming other scientists and and inventors. But his fantasies of the nineties became the realities of the nineteen hundreds. Celebrating his 75th birthday he projects interplanetary exchanges of energy which will end stellar isolation.

Back in 1894 a long, lean, almost cadaverous, looking man used to enthrall Ward McAllister and other playboys at Delmonico's with dissertations on the fly — and how he could fly! And maybe man would get that way some day, too. That was Nikola Tesla from the kingdom of Lika, on the borders of Austria-Hungary, but rubbed out of existence as an independent State long before the big war. Mr. Tesla's visions suggested hashish to some rock ribbed scientists, but in 1915 he got the Nobel physics prize for his research in energy transmission, his take-off in today's prophecy. While he has called many of the modern scientific miracles in advance, some are still in suspense, notably his prediction that some day the Atlantic Ocean will be lit up like Forty-second street and Broadway by some comparatively simple, electrical conjuring. 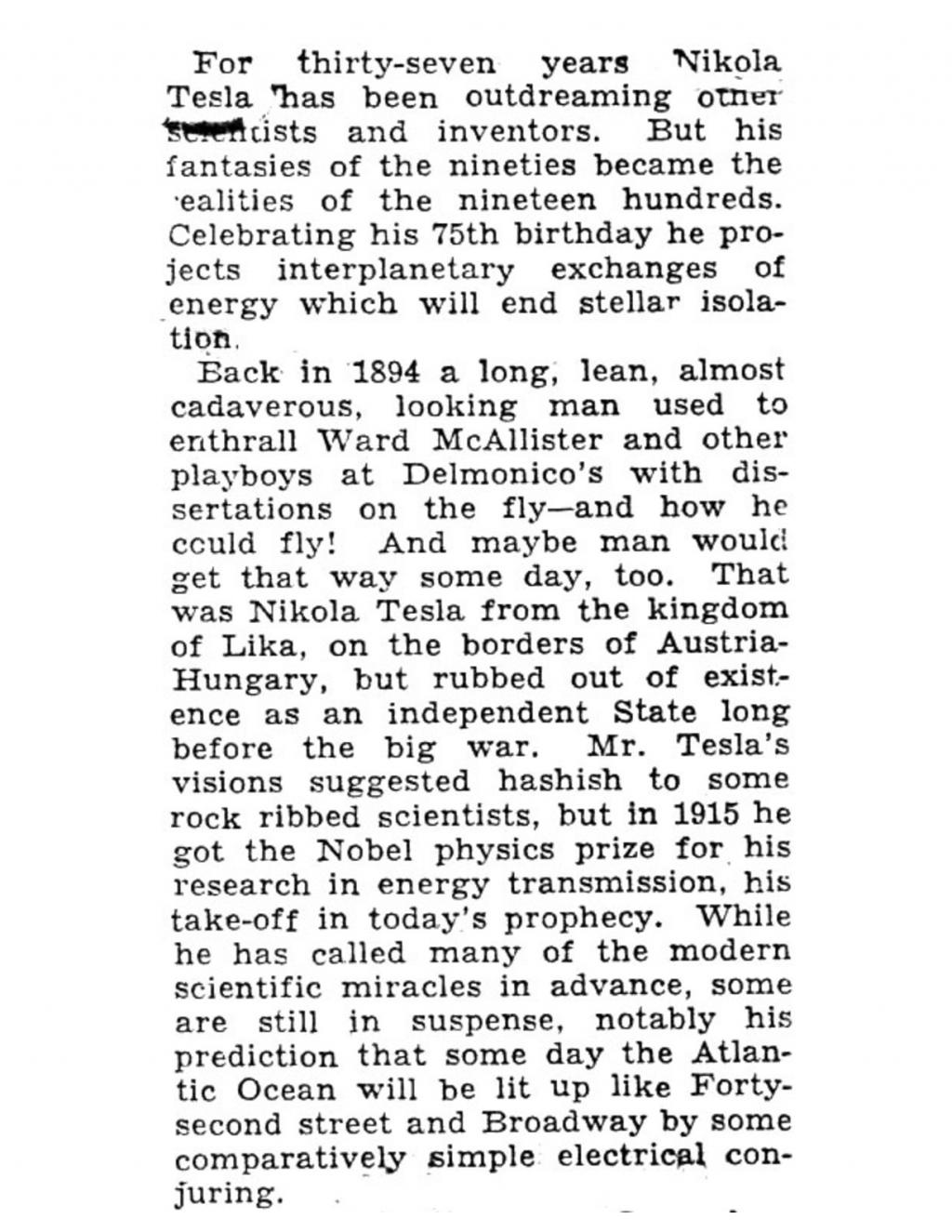