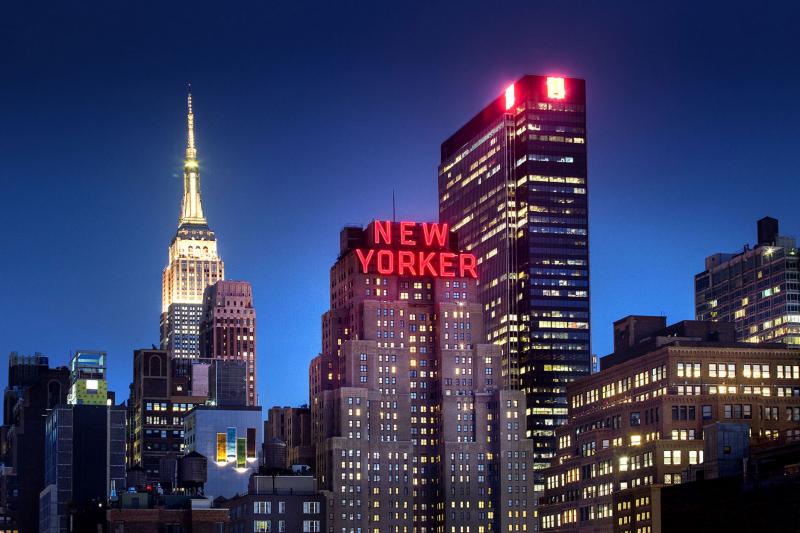 Even though Nikola Tesla was a celebrity in New York city, he wasn't a favored guest of many of its hotels. He had been evicted several times for non-payment and, probably even more disturbing to hotel management, for allowing pigeons into his rooms and feeding them from the windows.

In 1934, a settlement from Westinghouse allowed Tesla to move to the luxurious New Yorker Hotel, which was then only four years old. The hotel had many advancements, including telephones in each room and its own power generation facility.

Tesla would live out his final 9 years here and had many significant visitors throughout those years. The young King Peter of then Yugoslavia visited, as well as patriarchs from Czechoslovakia. Each year, on his birthday, Tesla would invite reporters to his room for an annual interview where he would prophesy on future technology and reveal details about his, seemingly always forthcoming, new inventions.

The hotel has now proclaimed room 3327, one of Tesla's original two rooms, as "The Nikola Tesla Room" and honors Tesla with a plaque on the hotel room door.

A plaque also honors Tesla on the exterior of the hotel, on the 34th street side of the building, which was provided by Yugoslavia.

The New Yorker is a fine hotel even to this day and it should definitely be a bucket list item for any Tesla fan.